Do You Remember Peter Pike and his biweekly email blogs?

If you were in the commercial real estate business in the 90s, chances are you were receiving his emails. His no-nonsense commentary about the CRE industry often focused on technology at a time when the tech world was barely noticing the stodgy, sticks and bricks business. Peter had no problem taking on topics that were controversial and at times down right insulting to some of the most powerful CRE organizations. He challenged the status-quo with provocative questions about our processes, our good ol’ boy networks and our resistance to investing in technologies to improve our capabilities and services.

I started reading his electronic newsletter in the late 90s when I was exploring tangible ways to improve my brokerage practice. At the time he was an influencer. When I gathered the courage to follow my vision and start my own technology company dedicated to the CRE industry, his posts became welcome reassurances. I wasn’t alone.

Peter Pike was our industry’s one-man “Consumer Reports” as well. If there was a new technology, a new software or a new tool, he’d review it and pass along his (and others’) opinions of its value. He became so involved in assessing new and disruptive technologies that he created his own annual top choice awards called Pike’s Picks.

Somebody other than I must’ve been following his rants because he eventually hosted his own national CRE technology conference every year, Pikenet.

Then, ten years ago, he retired. The emails stopped coming, the reviews ceased and the conferences ended. Our forward-thinking provocateur was quiet. Peter Pike was outspoken, concise and usually right. He was like commercial real estate’s version of Paul Harvey, bringing a voice of reason and common sense to our industry. One of the last surviving references to Peter’s email dispatch and history can be found here: http://creoutsider.com/2013/02/cre-museum-of-technology-the-pikenet-dispatch/.

A lot of time has passed since he retired and we have seen unprecedented growth in technological innovations directed at the real estate industry. There have been massive mergers, hundreds of tech companies have come and gone, and today there is a new tool for virtually aspect of our business. I often wonder what he would say about our progress. Would he see areas in which we’ve become weaker? What innovations would he choose to ridicule and which to praise?

It seems to me our industry is missing a Peter Pike. Who will emerge as our new iconic thought-leader to help us measure and temper the progress. Your thoughts??

Why Regular Lease Audits Are Important

Why Regular Lease Audits Are Important 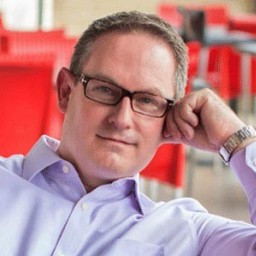 John Rice is an industry visionary and early pioneer in designing cloud-based applications for commercial real estate operations. He is the founder of Quarem and has served as president since its inception in 2000.